These images are a direct outgrowth of an exhibit I saw in November 2016 of Harry Callahan’s photographs. The exhibit, at the Maison Européenne de la Photographie in Paris, featured photos that Callahan had shot in Aix-en-Provence in 1957-58. I was struck by the way Callahan juxtaposed glaring Mediterranean sunlight with deep, dark shadow, which opened my eyes to new possibilities. I saw a connection with the stark contrasts in my own work, where bright artificial light is sometimes juxtaposed against the dark of night. I thought Callahan was showing me that I could make photographs during the daytime, and not only after dark. These images, shot in India during the month after I discovered Callahan’s work from Aix-en-Provence, represent my first attempts at transposing my own work from night to day. 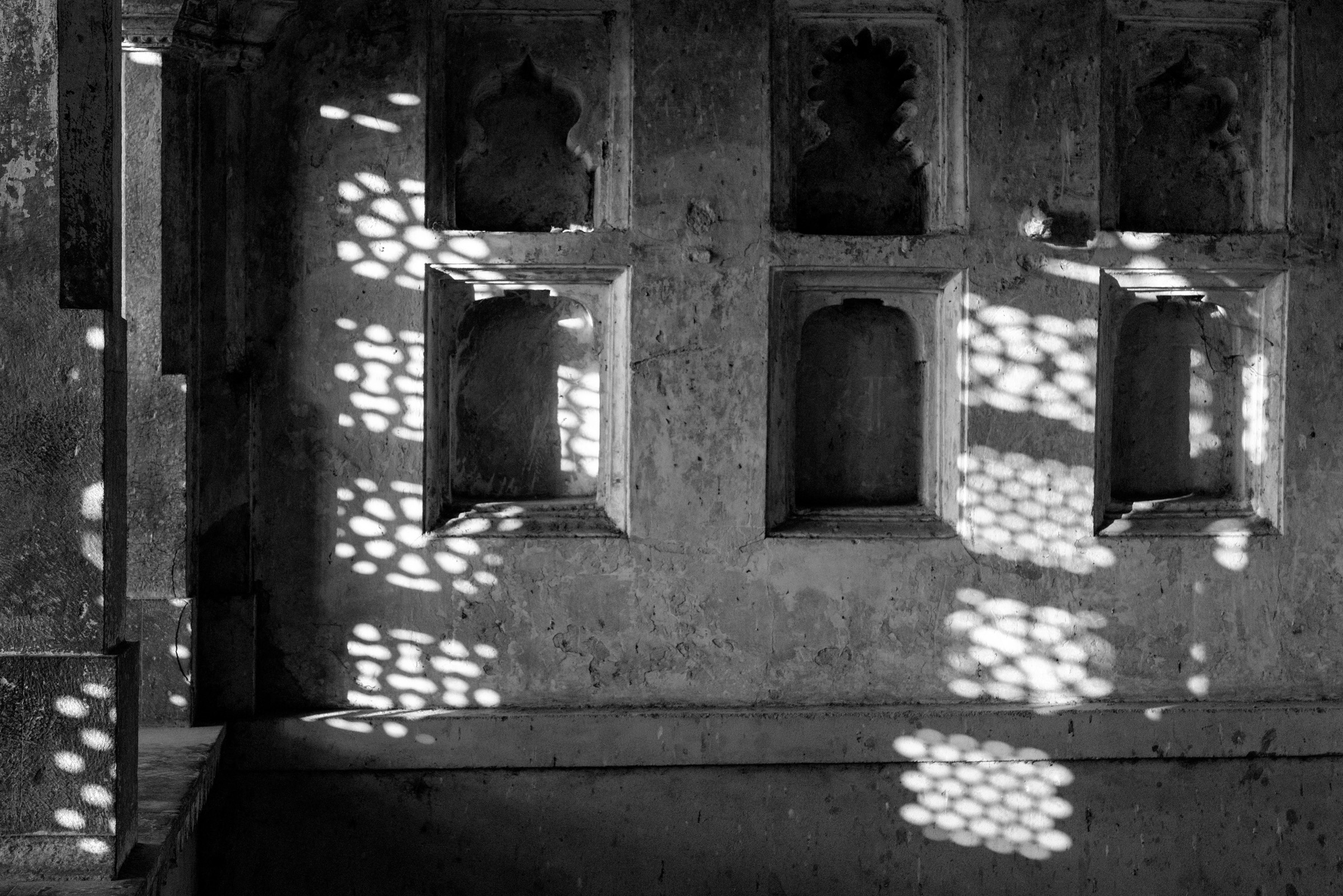 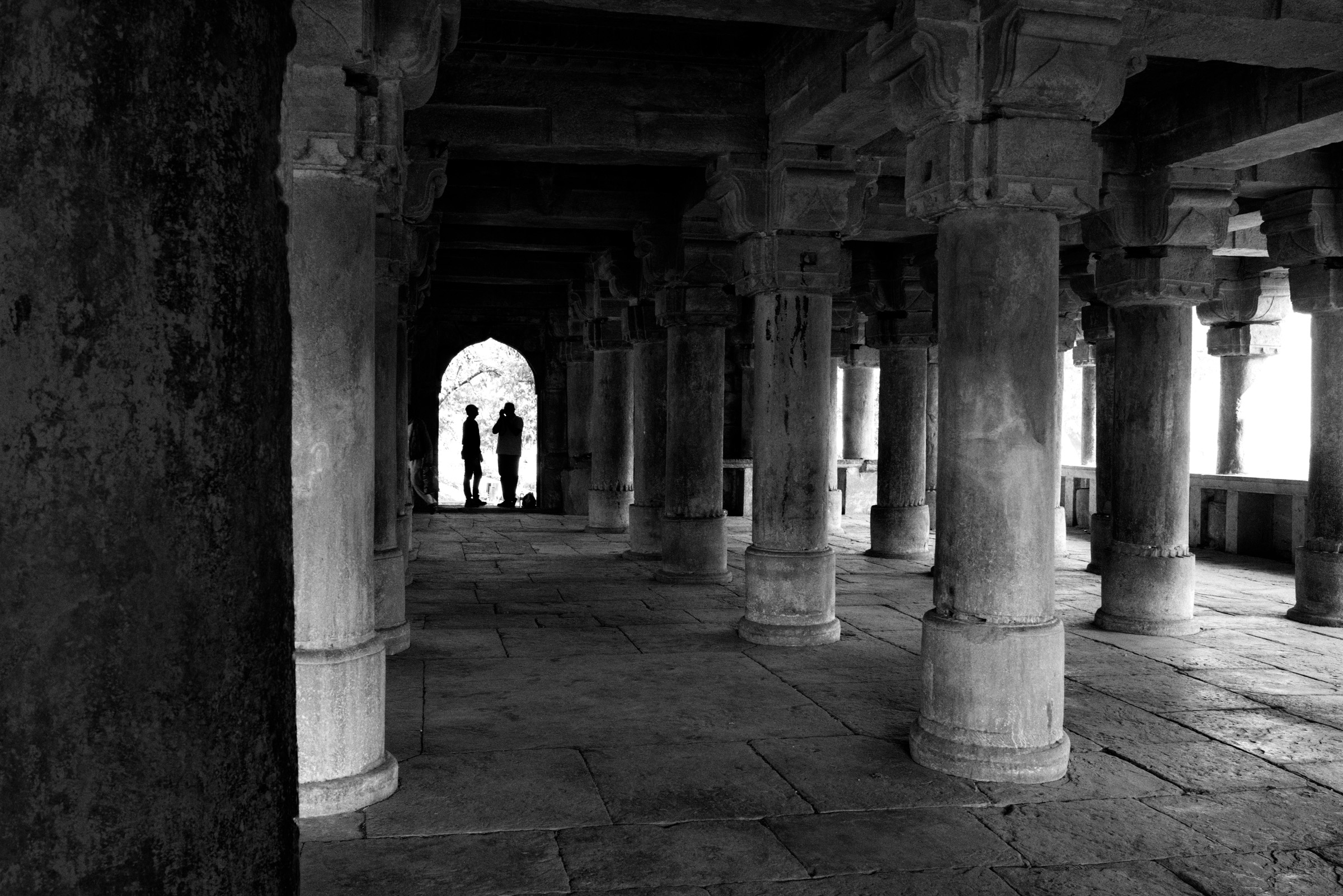 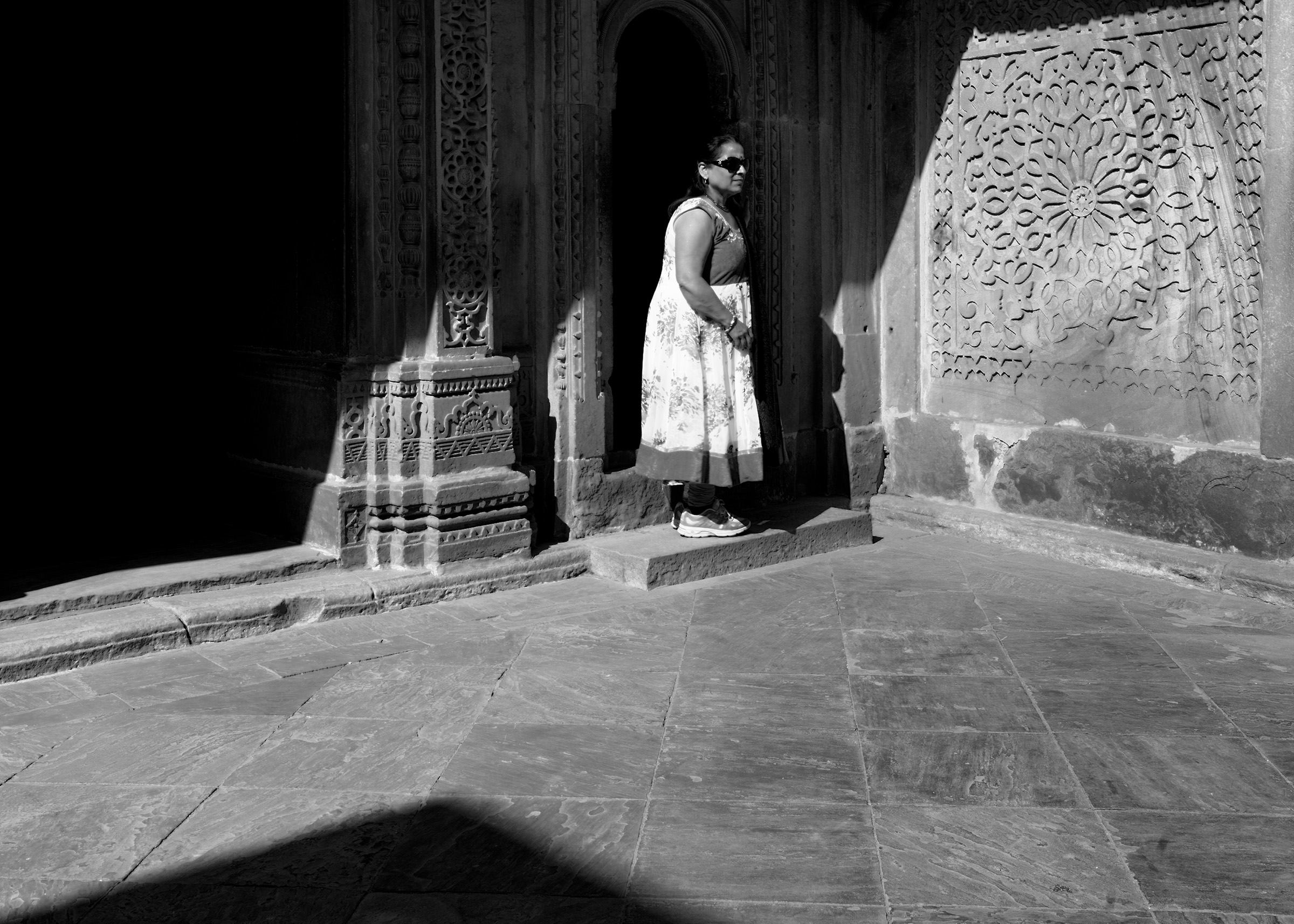 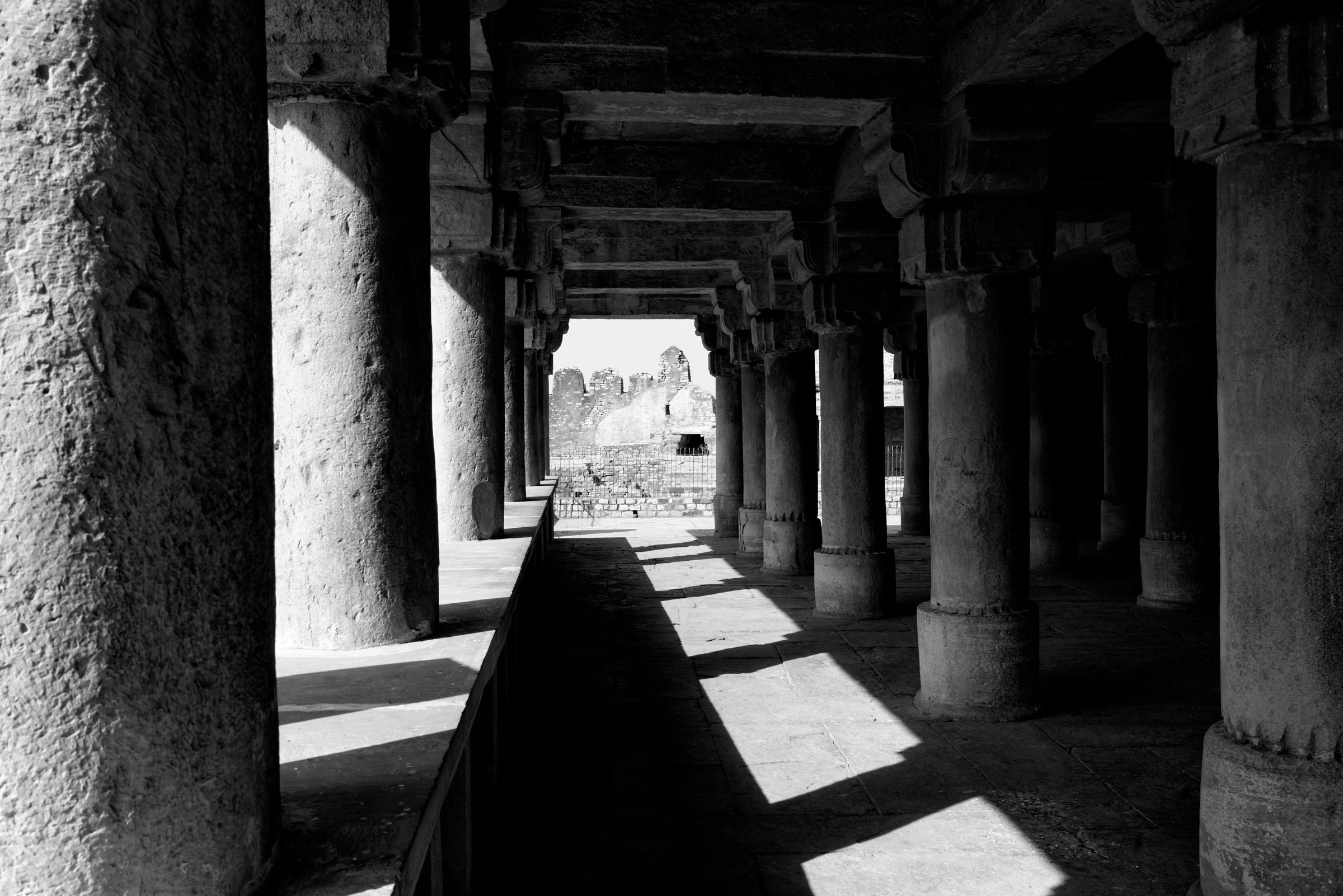 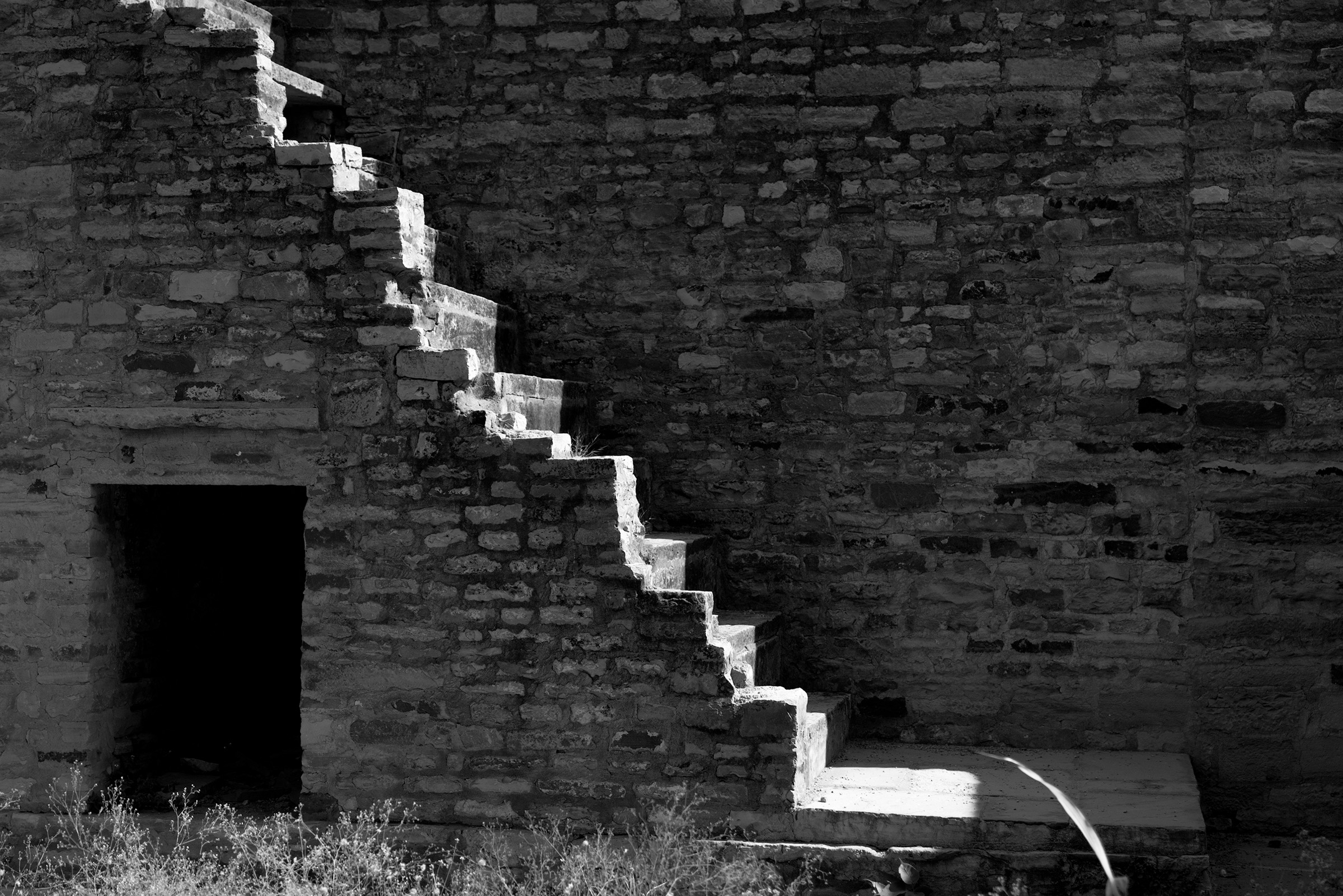 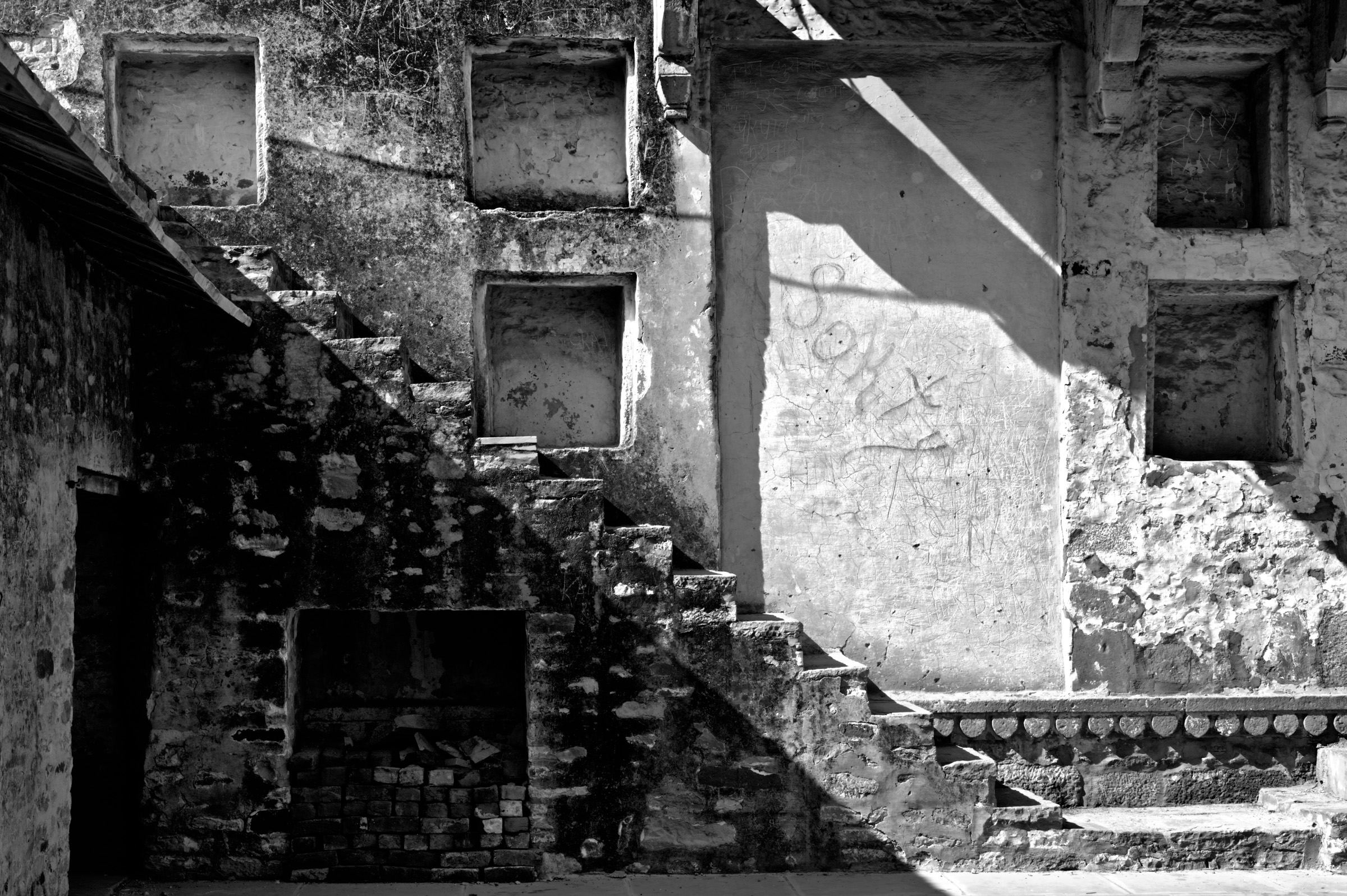